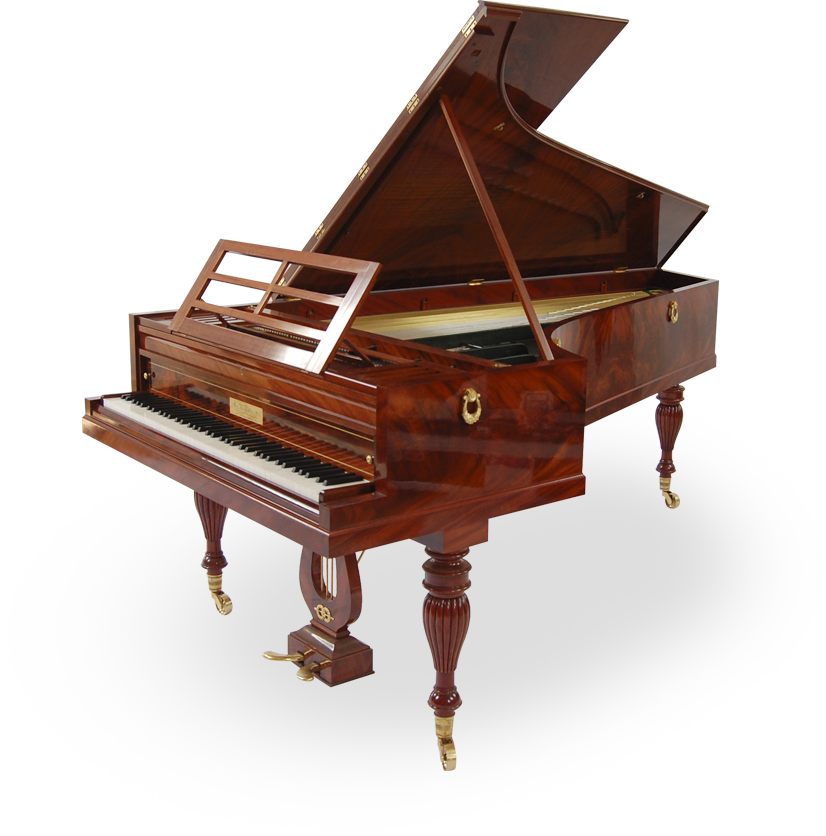 Ignaz Pleyel was born in Ruppersthal (lower Austria). He studied with J.Haydn and, according to the 1791 review in London's "Morning Herald", eventually eclipsed his teacher in popularity. He lived in Strassburg from 1783 and came to Paris in 1795. In 1797, he founded the music publishing firm, Pleyel, which published more than 4000 compositions by such composers as L.Boccherini, L.v Beethoven, M.Clementi, J.N.Hummel, F.Kalkbrenner and F.Chopin.

Pleyel started piano making in 1805, aged 52. In 1824, Ignaz retired from piano building, passing the mantle to his multi-talented son, Camille. Camille continued the development of piano design, consulting with the virtuoso Kalkbrenner, and was himself said by Chopin to be a fine interpreter of Mozart. When Chopin arrived in Paris in 1831 he rated Pleyel's pianos "non plus ultra" (nothing above that!). Liszt described the sound of Chopin's Pleyel as "the marriage of crystal and water" and quoted Chopin's remark "When I am not in my best form, I prefer Erard's piano, where I can easily find a ready-made piano tone. When I feel in good form and strong enough to find my own individual sound, then I need a Pleyel piano"

The McNulty instrument is built after Pleyel op.1555, 1830, from the Paris Museum of musical instruments.