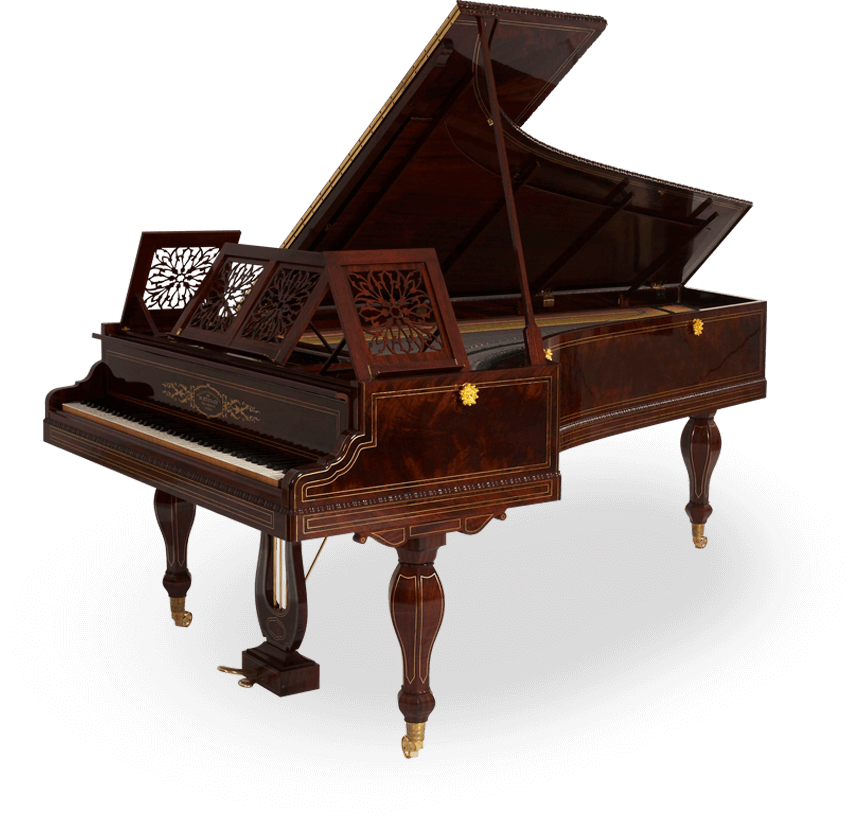 Louis Constantin Boisselot (1809-1850), was the most active piano builder in a dynasty of instrument makers, publishers and composers. He befriended Franz Liszt in their teens in Paris, and named his son Franz for the child's godfather. The concert grand he sent to Odessa in 1847 for Liszt's final tour came together with Liszt to Weimar and was used for many years as the composer's preferred instrument for practicing and composing. Franz Liszt was very fond of this instrument. He wrote to Xavier Boisselot: “As you know, I have kept for the last thirteen years in my study in Weimar the grand piano that your excellent brother Louis sent me in Odessa in 1846. Although the keys are nearly worn through by the battles fought upon them by the music of the past, present and future, I will never agree to change it, and have resolved to keep it until the end of my days, as a favoured work associate'. As an example of design and craftsmanship, this piano, from the height of Boisselot's fame as France's largest piano manufacturer, is a sophisticated and self-assured masterpiece.