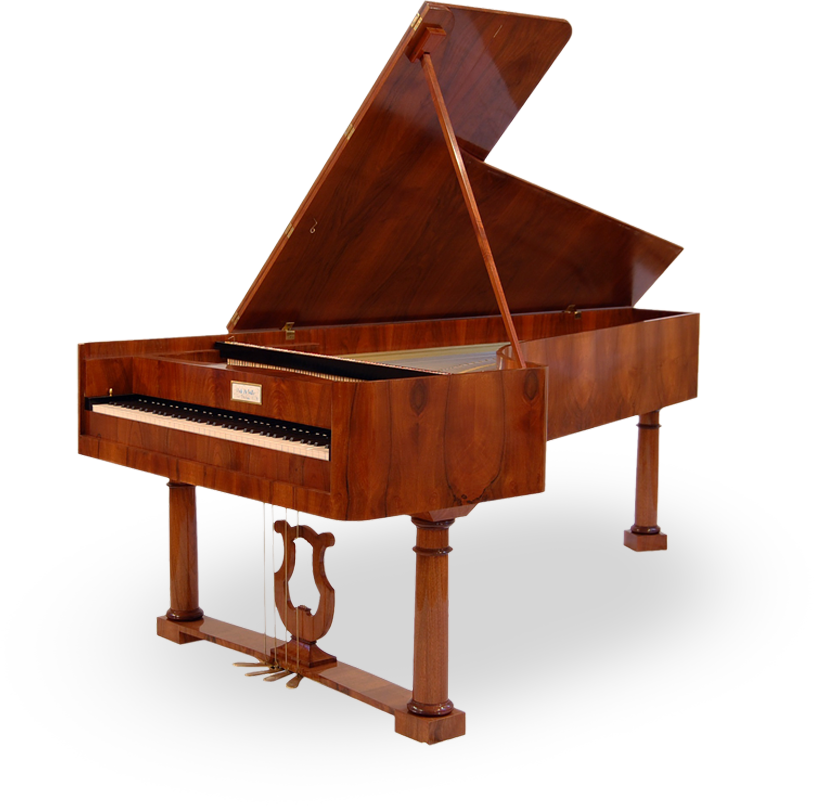 Conrad Graf, (1782 - 1851), who had from 1824 the title of "Imperial Royal Court Fortepiano Maker" (" k. k. Hofpiano und Claviermacher"), was born in Riedlingen (Wurttemberg) and came to Vienna in 1799 as a joiner. He became a piano builder and opened his own workshop in 1804. By 1820 his instruments were considered "the reatest and most renowned in Vienna and throughout the empire." Graf not only supplied instruments to all the apartments of the imperial court but also provided a pianofortes for Ludwig van Beethoven in 1825. Chopin, Robert and Clara Schumann, Liszt, Mendelssohn and Brahms held Graf pianos in the highest esteem.

The McNulty instrument is a copy of Graf opus 318 (ca.1819) from Castle Kozel near Pilsen, Czech Republic. In this period the pianos of Graf still retained the thin soundboard and light hammers of the Viennese classical era, with somewhat thicker strings. The fuller tone is nonetheless clear and projecting, which, coupled with the various expression tops, provides convincing Schubertian palette. These pedal effects are: moderator, adouble moderator, sustaining and "una corda".