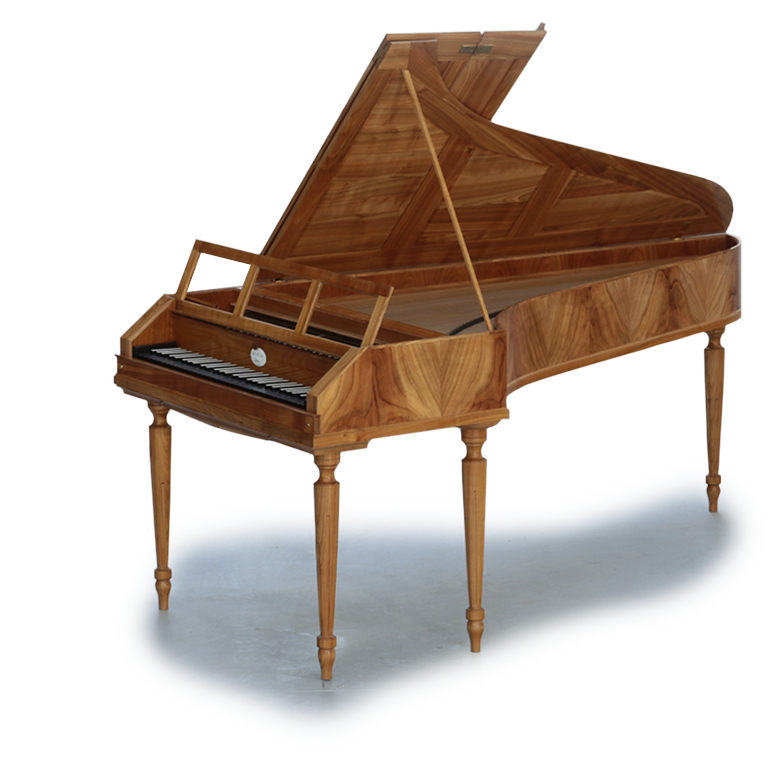 One of the most important fortepiano makers of Mozart's time was Johann Andreas Stein (1728-1792), who was born in Heidelsheim into the family of an organ builder. He apprenticed near Stuttgart with J.A. Silbermann and established his own workshop in Augsburg in 1751, where in 41 years he built around 700 fortepianos. By 1770 he was well known as an organist, and an organ and fortepiano builder. When Mozart stayed in Augsburg in 1777, he befriended Stein. Mozart used Stein's fortepianos in a public performance of the triple concerto given on October 22, the three soloists being Mozart, cathedral organist Demmler and Stein. Mozart was most impressed with Stein's instruments quality and wrote to his father: "...But now I much prefer Stein's instruments, for they damp ever so much better than Spath's instruments. When I strike hard, I can keep my finger on the note or raise it, but the sound ceases the moment I have produced it. In whatever way I touch the keys the tone is always even. It never jars, it is never stronger or weaker or entirely absent: in a word, it is always even. ...they have this special advantage over others that they are made with escape action. Only one maker in a hundred bothers with this. But without an escapement it is impossible to avoid jangling and vibration after the note is struck. When you touch the keys the hammers fall back again the moment after they have struck the strings..."

After Stein's death, his daughter Nanette Streicher and Mattaeus Andreas Streicher (1776-1842) moved to Vienna and continued building pianos using their father's design until after the turn of the century. Following developing trends, Streicher's designs dominated the trade in Vienna until the 1870's.